Photobombing Sue’s selfie during our walk at Pri

(Sue and Lee Ann spent five months planning a vacation to the five national parks in Utah, plus Monument Valley in Utah/Arizona. Everyone should visit the American West. Here is what we saw and did.)

Saturday, October 21 – At 7:45 a.m. I was standing in line outside the Poison Spider bike shop across from our motel in Moab. There were skinny young guys in baggy shorts holding their own pedals, teen-agers in full cycling regalia, some young hipster couples, and me.

Every 10 years or so, I rent a mountain bike, always when I am in Utah. The last time, at 50, I crashed painfully on gravel (my right elbow proudly bears the scar) at Snowbird.

But Moab makes you want to be adventurous, and we were – for us. Encircled by towering red rocks, Moab is a bustling hub for mountain bikers, hikers, rafters, four-wheel-drive enthusiasts, and every variety of camper from ancient VW bus to rolling Mega-Mansion.

The evening before, we had gone off-road through Arches National Park with Navtech Expeditions. Sue asked them innocently if it would be bumpy. It was a four-hour tour through remote areas of the park, powering up slickrock steps and churning through deep sand in a vintage Toyota Land Cruiser. We signed up for the tour because we had heard how gridlocked the entrance to Arches could be, but if you show up in late afternoon there is no traffic jam.

Anyway, Poison Spider outfitted me with a $3,500 Rocky Mountain Altitude, pumped up my shocks, showed me how to use the seat dropper (a cool feature I did not even know existed), and sent me to a network of trails called KlonZo north of town.

The trails were accessed by a dirt road that gave our Grand Cherokee rental the opportunity to act like a Jeep. A young couple took off uphill in another direction after making fun of my pristine bike, and I was alone to set off on a dirt singletrack trail called the Edge. Because I had misread the map, the Edge turned out to be rated Intermediate. When you are 61 and only rent a mountain bike every 10 years or so, you probably should start easy. Luckily, the Edge was only a short connector trail.

There’s a brief window of pure enjoyment between the time I lose my fear and the time I lose my legs. I had watched YouTube videos on technique before the trip so the basics were covered. I found a trail called Carousel that was more my speed. There was the famed Utah slickrock, kind of grabby and not as fun as I thought it would be, twists and turns on a narrow trail, and some moderate downhills so I could experience the seat dropper (you push a lever and lower the seat with your butt to get it out of your way for the descent, then depress it again to raise the seat). The bike was so resilient and forgiving, I am sure it literally saved my butt several times.

There was incredible quiet (except for my huffing and puffing).

After about three hours, when I toppled over and landed hard on my left side for no apparent reason, I knew it was time to return to the parking lot. The legs were gone.

As you get older, it is important to keep challenging yourself. Wandering out of your comfort zone will make you feel renewed and alive (and sore). For Sue, it was the very, very bumpy four-hour backroads tour of Arches. For me, it was a remote dirt singletrack at KlonZo. 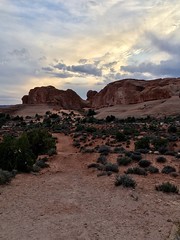 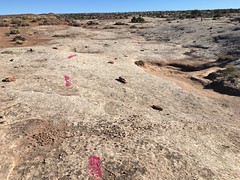 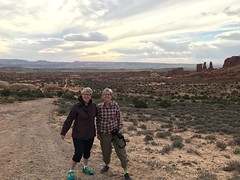 Heading down the trail 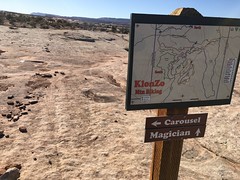 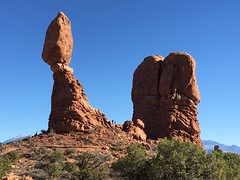 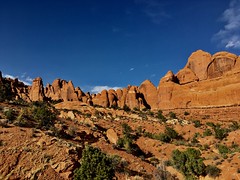 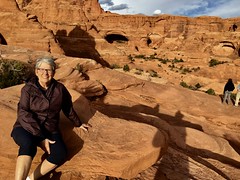 The scenery blew us away 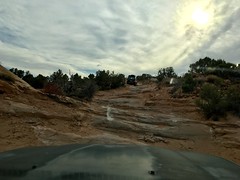 Slickrock was no match for our Toyota Land Cruiser 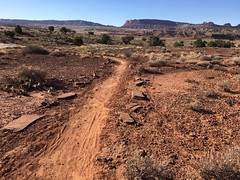 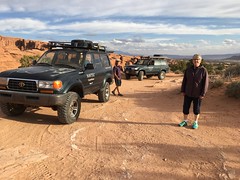 Sue asked if the ride would be bumpy. 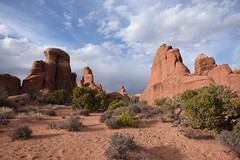 So many great sights 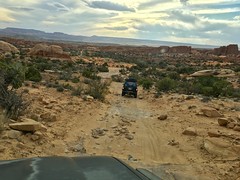 This was a four-hour offroad jaunt. 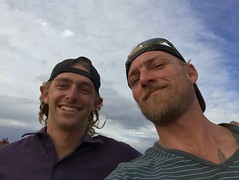 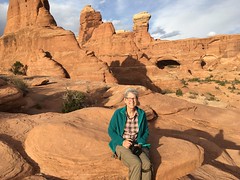 We take a break from the bumps 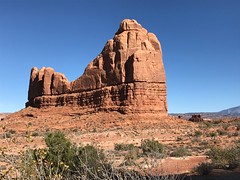 One of the views from our off-road trip 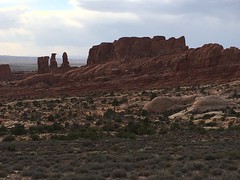 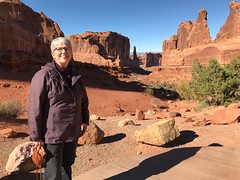 Finding a rhythm on a silent retreat