My daily walk, this time at Prime Hook Wildlife Re

Photobombing Sue’s selfie during our walk at Pri

Have been using #lightroompresets to enhance these

Both of us• Lee Ann• Sue• Travel

October 22 and 23 – You are still miles away, near the hamlet of Mexican Hat, when you first spy the iconic buttes. Cars and RVs start pulling over for pictures; some tourists wander onto the highway. It’s the famous Forest Gump view of Monument Valley.

We booked a premium cabin at The View, on Navajo Tribal Lands, in Arizona. The balcony and picture window had an unobstructed view of Monument Valley. With iPhones and my Nikon on a tripod, we captured the many moods of the valley over a period of 13 hours. As I fiddled with a new camera, new lenses, and a new remote shutter release, Sue would simply point her iPhone and get money shot after money shot.

So we drank Uinta beers as we watched the sun set. I got up in the middle of the night to view the abundant stars, and one shot past the window. The buttes loomed black and ominous. In the morning, we could hear other guests on nearby balconies as we all anticipated the sunrise. Somewhere in the distance, a native flute was playing. The sunrise delivered.

It costs $20 to enter the Navajo Tribal Lands, even if you are a guest at the pricey View. That fee includes the 17-mile tour down in the valley. This drive turned out to be a major disappointment. The road is in terrible shape, dust was everywhere, and we were still recovering from our 4-hour backroads tour of Arches. We had had enough of bumpy. We turned around; just ahead of us, winding out of the valley, a tall narrow camper swayed and almost toppled over from the severe ruts.

Monument Valley is best viewed at a distance. It is worth the trip – up to its edge but not beyond.

Leaving Monument Valley, I was very nervous about what would be a lengthy drive of more than 200 miles with virtually no services, including cell phone coverage. We stopped at Bluff for breakfast at the Twin Rocks Cafe (Sue had Navajo fry bread French toast), and turned west onto Utah 95 just south of Blanding. We went this way because Sue did not want to experience the infamous Moki Dugway, a harrowing series of unpaved switchbacks that ascends 1,200 feet in 3 miles.

The Bicentennial Scenic Byway, Utah 95 between Blanding and Hanksville, was a stunning drive that went quickly. It included Natural Bridges National Monument, Fry Canyon, Glen Canyon National Recreation Area, and the Colorado River at the northern end of Lake Powell. We breathlessly anticipated what we would see around every curve or at the top of every steep hill.

We arrived at Capitol Reef National Park at about 3 p.m. We were too tired to work up much energy for touring the park, let alone finding a trail to hike. We realized our itinerary was a bit exhausting (for a 61- and 71-year old, at least) and that we probably should have visited fewer places and stayed longer at each place. We did have a wonderful inexpensive dinner of New York steak ($15.95) and grilled rainbow trout ($16.95) at the rustic Capitol Reef Inn and Cafe.

The experience of the Bicentennial Scenic Byway taught us that the road is itself a destination, as meaningful and as memorable as the planned stops on our itinerary.

Next: On to Bryce Canyon via the famous Scenic Byway Utah 12. 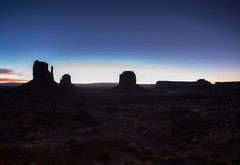 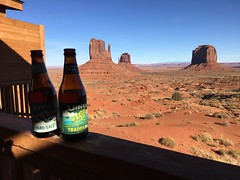 Chilling with the view 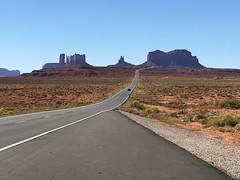 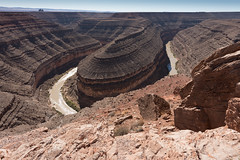 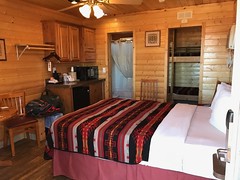 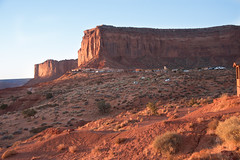 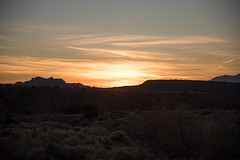 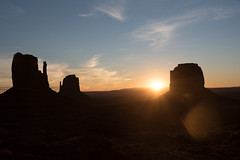 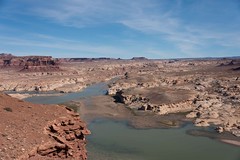 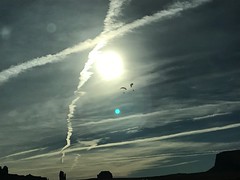 Parasailers-Monument Valley
Sue captured this one. 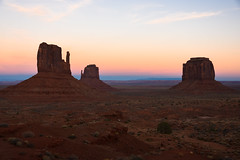 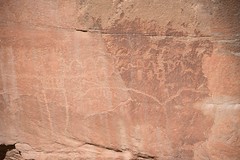 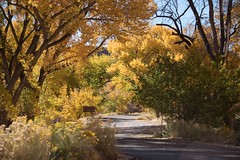 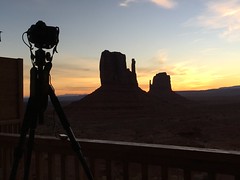 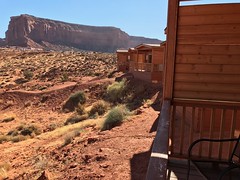 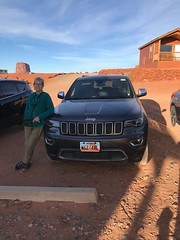 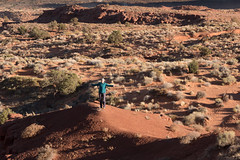 Happy to be here! 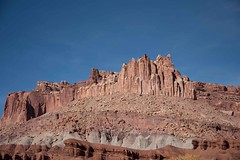 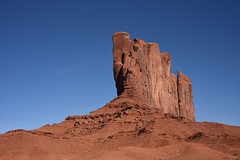 Down in the valley
Bumpy and dusty - better from a distance 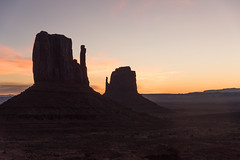 Freedom’s just another word for . . . indecision

Off the beaten path

How’m I doing? Resolutions at the end of January